Turkey set to ‘give citizenship to 23,000 Ahiska Turks’ 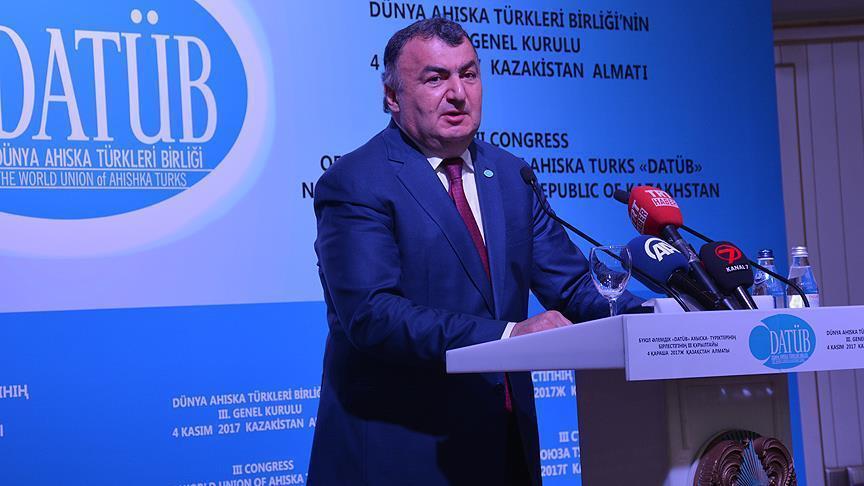 Turkey will grant citizenship to 23,000 more Ahiska Turks -- a group forced to migrate from the Caucasus during the Soviet era -- a top representative of this ethnic group said on Sunday.

Speaking to Anadolu Agency on the sidelines of a World Union of Ahiska Turks (DATUB) meeting in the Kazakh capital Almaty, Ziyatdin Kassanov said: “Turkey has done incredible things for Ahiska Turks. We are very happy."

On the matter of granting citizenship, he said: “Over 23,000 Ahiska Turks who came to Turkey and have been living there for over 10 years but have been unable so far to get citizenship and work permits will be granted citizenship.”

The process of delivering ID cards started last month, at the order of President Recep Tayyip Erdogan, and under a Cabinet decision and Interior Ministry directives, he said.

They also faced discrimination and human rights abuses before and after the Soviet deportation. Those who migrated to Ukraine in 1990 settled in shantytowns used by seasonal workers.

The majority of Ahiska Turks in Ukraine fled their homes during the 2014 conflict between Ukrainian forces and pro-Russian separatists in eastern Ukraine.

Turkey has voluntarily accepted thousands of Ahiska Turks and granted citizenship to 585 of those so far.