Here is what the Paradise Papers are and what they tell 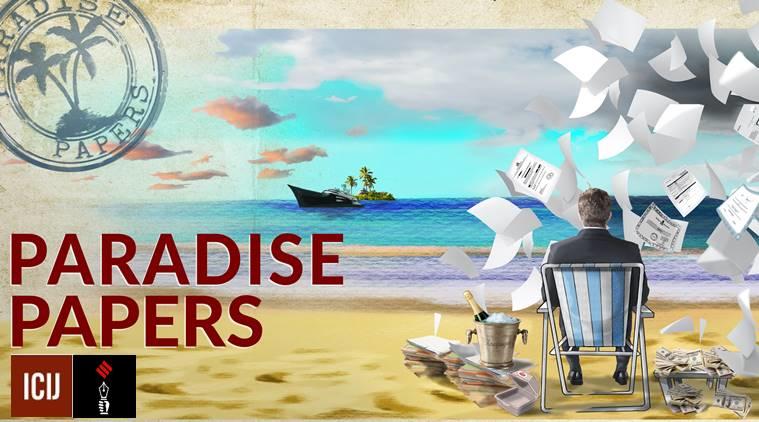 A year after the Panama Papers revealed details of offshore assets held by many of the world's wealthy and influential, another leak has exposed thousands of potentially illicit financial activities. What are Paradise Papers and what do they tell us?

What are the Paradise Papers?

Paradise Papers are a trove of over 13 million documents obtained by two journalists working for the German newspaper Süddeutsche Zeitung. The leaked documents show how multinational companies and thousands of wealthy individuals, including 717 Indian businessmen, use offshore accounts, mostly to evade taxes. Most of the documents were leaked from a Bermuda law firm called Appleby. They are being investigated by the International Consortium of Investigative Journalists.

What is International Consortium of Investigative Journalists?

What do the Paradise Papers reveal?

The Paradise Papers reveal that thousands of wealthy individuals, including some very powerful ones, stashed their money in offshore accounts and firms located in tax havens like Bermuda and the Cayman Islands, to avoid paying taxes. Among other things, the papers also revealed that 13 million pounds from one estate of Queen Elizabeth II were invested in an offshore firm located in the Cayman Islands. It was also found that US commerce secretary Wilbur Ross continues to maintain a stake in a shipping company called Navigator Holdings that did business with a Russian company that is under US sanctions. The papers revealed that several hundred Indian businessmen hold offshore bank accounts and are investors in firms registered in various tax havens. According to the Indian Express, of the 180 countries that appear on the list, India ranks 19th in terms of the number of people having tax-haven accounts or firms.

Which Indian entities figure in the Paradise Papers?

Appleby is the firm at the centre of the Paradise Papers leaks. A large chunk of the 13.4 million leaked documents belongs to this Bermuda-based law firm. So, what does Appleby do? It provides legal assistance to companies and individuals seeking to invest in offshore territories. The firm helps its foreign clients set up and register trusts and companies in offshore territories with low tax rates like Bermuda, Cayman Islands and the British Virgin Islands. The firm has 60 partners and operates from 10 locations around the world.

What are tax havens?

It is well-known that many of the world’s wealthy stash their fortunes in offshore tax havens. Businessmen set up trusts and companies in territories like Bermuda, Panama, Cayman Islands and so on. In most cases, these companies function as the subsidiaries of a parent company. The process is often simple and in places like Panama require only a matter of 48-72 hours to set up. The registration fees are nominal. Once the company/trust is set up, local agents are hired to manage its finances on behalf of the real owners. A portion of the profits of the parent company goes directly to offshore entities. The money is then deposited into a bank that operates, in most cases, in the same country. The banking sector in most of these countries guarantees confidentiality. Thus, it enables big businesses to avoid paying taxes in their home countries.