"Situation in Nagorno-Karabakh far from stable" 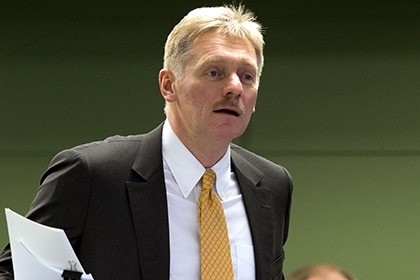 The situation in Nagorno-Karabakh is far from stable, Kremlin spokesman Dmitry Peskov told reporters on Thursday.

"The situation is certainly far from stable," Peskov said. "That’s why it is impossible to stop at what has already been achieved, and no one is going to do this," he added, according to TASS.

Talking about the situation in Nagorno-Karabakh in general, "a setback has occurred," Peskov said. "Very good progress was made before the resumption of heated clashes. Now, unfortunately, a setback occurred, and there’s a lot of catching up that will need to be done," he concluded.

Moscow will continue its efforts to assist the Nagorno-Karabakh conflict’s peaceful settlement, Peskov went on to say.

"Certainly, this time again very prompt and major efforts have been exerted with a view to stopping the fire," he said. "These efforts of Russia have been welcomed by the parties concerned. Of course, Moscow will continue its consistent policy."

On Saturday, April 2, the situation in Nagorno-Karabakh rapidly deteriorated when the parties to the Karabakh conflict accused each other of violating truce along the front line. The claims came from defense authorities of Armenia and of Azerbaijan. The defense ministries of Azerbaijan and Armenia announce cessation of hostilities in Nagorno-Karabakh starting from 11am on April 5.