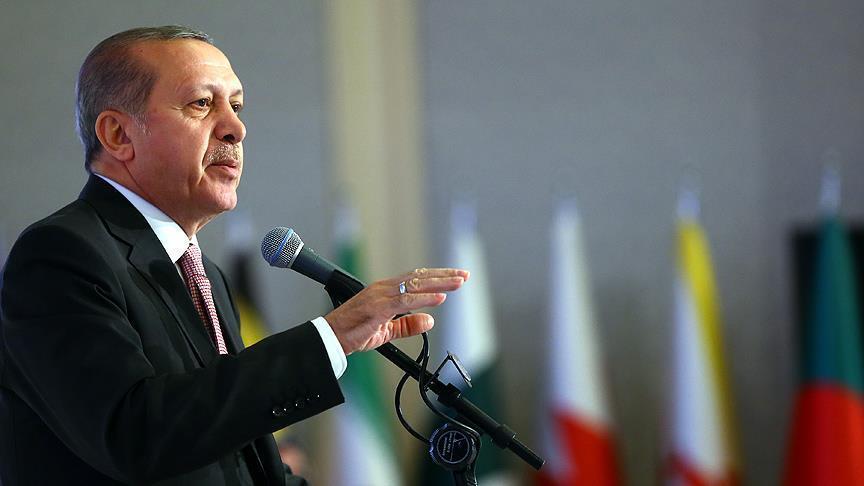 The Gulf crisis will be one of the important items on the agenda of President Recep Tayyip Erdogan's meetings in Kuwait and Qatar, the presidential spokesman said Sunday.

"The crisis which started over five months ago in the Gulf Cooperation Council will be among the top-priority topics of the agenda," Ibrahim Kalin said in a statement.

Erdogan is set to visit the Gulf states from Monday through Wednesday.

Kalin said that Turkey supported Kuwait's mediation efforts in the crisis, reiterating Ankara wanted a "peaceful" solution to the issue.

Turkey backs Qatar in the Gulf crisis that was triggered in June when Saudi Arabia, Egypt, the U.A.E. and Bahrain cut diplomatic and trade ties with Qatar.

The four states accuse Qatar of supporting terrorist groups -- allegations Doha denies, describing the embargo as a breach of its national sovereignty.

Kalin said that regional developments, particularly in Syria, Iraq and the Gulf region, along with bilateral relations between Turkey and the Gulf countries would be discussed in detail.

The president will attend the Turkey-Qatar Supreme Strategic Committee in Doha, he added.

Erdogan and Kuwait’s leader Sabah Ahmad Al-Jaber Al-Sabah will discuss issues related to bilateral trade, and cooperation in defense, education and culture, according to the statement.

Kalin added that prior to his Gulf trip, Erdogan would visit Russia on Monday, and discuss with his Russian counterpart Vladimir Putin Turkey's expectations regarding the re-establishment of visa-free regime and lifting of all remaining trade sanctions by Moscow.

Following the downing of a Russian fighter jet in November 2015 over violation of Turkish airspace, Kremlin had ordered an end to visa-free travel with Turkey.

However, during this summer, Russia relaxed trade sanctions placed on Turkey. Most recently, on Oct . 27, Russia lifted its restrictions on the import of tomatoes from Turkey beginning Nov. 1.