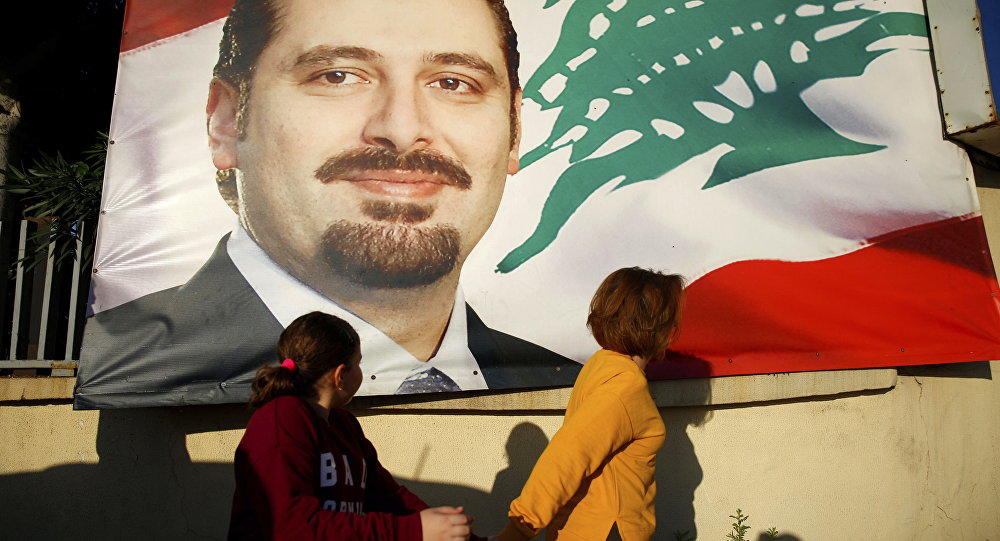 Former Prime Minister Hariri, who is believed to be in Saudi Arabia, has previously stated on Twitter that he would return to Lebanon in the next few days.

"We have not previously asked for their return, but we have confirmed that [his family] is also detained and family members are being searched as they enter and leave the house."

Aoun has called the alleged detention of Saad Hariri a breach of human rights, emphasizing that nothing justifies the former prime minister's return to Lebanon.

"Nothing justifies the failure of Prime Minister Saad Hariri to return for 12 days, therefore we consider him to be held and detained, contrary to the Vienna Convention," Aoun has stated on the Twitter account of the Lebanese presidency, adding that he cannot accept resignation submitted from abroad.

The statement comes just a day after Hariri had announced on Twitter that he would return to Lebanon in the next two days after he had pledged to officially resign. Most recently, the former prime minister has reaffirmed his intention to return to Lebanon.

"I want to repeat and affirm that I am perfectly fine and I will return, god willing, to dear Lebanon as I promised you, you'll see," Hariri wrote on Twitter on Wednesday.

Nevertheless, President Aoun has refused to accept the resignation and called on the Saudi authorities to clarify the reasons preventing Prime Minister Hariri from returning to Lebanon.

Hariri — who served as prime minister from 2009 to 2011 and took the office again in November 2016 — announced his resignation in a video address from Saudi Arabia on November 4, expressing fears that he could be assassinated, like his father, in Lebanon, as well as accusing Tehran and the Iran-backed Hezbollah movement of alleged attempts to destabilize the situation in Lebanon as well as across the Middle East, a claim strongly denied by the Islamic Republic as groundless.

Media reports citing a Lebanese official have suggested that Hariri's freedom was "restricted" in Riyadh, however, later his office stated that the former prime minister had met a number of European and US diplomats.

Riyadh and Hariri aides have denied allegations that he is under house arrest, but haven't denied that movements were being restricted.