UN SC to continue talks on chemical attacks in Syria 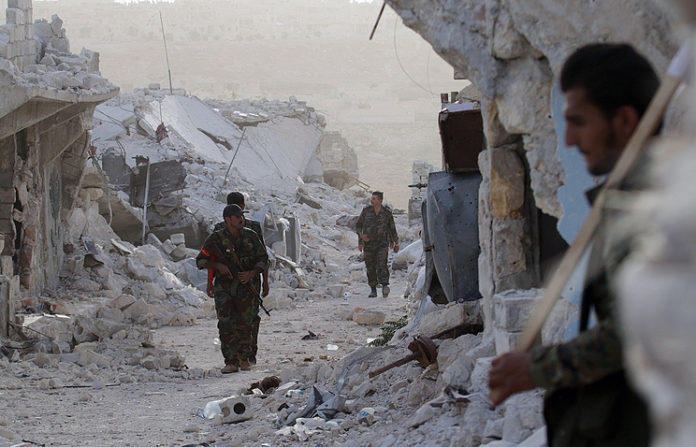 UN Security Council will continue talks on the prolongation of operations of the joint mechanism of the UN and the Organization for the Prohibitio of Chemical Weapons [OPCW] for investigating chemical attacks in Syria, Council President Sebastiano Cardi told reporters on Fridy.

Axar.az reports citing TASS that he said the efforts would continue in the coming hours and days to attain a common position on this critical issue.

Russia vetoed the Japanese-drafted resolution earlier on Friday. Russian Ambassador to the UN Vasily Nebezya said Moscow could not vote even for a technical extension of the mission for another 30 days unless serious flaw's in the commission's work were eradicated.

He also said the joint mechanism had covered itself with shame.

On Thursday, Moscow blocked another uncoordinated draft resolution, which envision a prolongation of the unrevised mandate of the commission for another twelve months. An alternative draft proposed by Moscow and envisioning changes in the commission's work did not rally the necessary number of votes of the Security Council members.

Moscow accuses the commission of apportining unfounded accusations to Damascus.