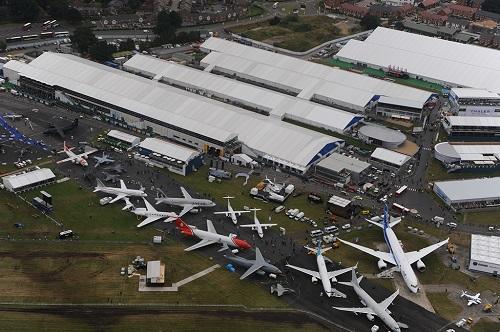 The Russian military planes will not be exhibited at the week-long airshow that will be held in Hampshire, the United Kingdom.

Axar.az informs citing Sputnik that Britain's regulator Export Control Organization (ECO) has imposed restrictions on Russian participants of the international air show, one of the organizers of the event said in a comment to RIA Novosti.

She stressed that the organizers of the event are following instructions issued by ECO, an organization that is part of the Ministry of Trade and Innovation, when it comes the EU embargo on the import of weapons and military equipment to and from Russia.

"We are happy to welcome all participants of the exhibition, those from Russia and other countries who fulfill these requirements," the representative said commenting on reports that Russia has been banned from the airshow.

She added that Russia's participation at the Farnborough defense show is very "important," saying that in 2016 the show saw a significant number of Russian companies, including Ilyushin, Irkut, Rostek, Sukhoi and Russian Helicopters. However, all the Russian equipment presented at the Farnborough show was of a non-military nature, due to the strain in the relations between Moscow and the Western nations.

Moscow's ties with the Western nations sharply deteriorated in 2014, when Crimea reunited with Russia following the so-called Maidan events in Ukraine.