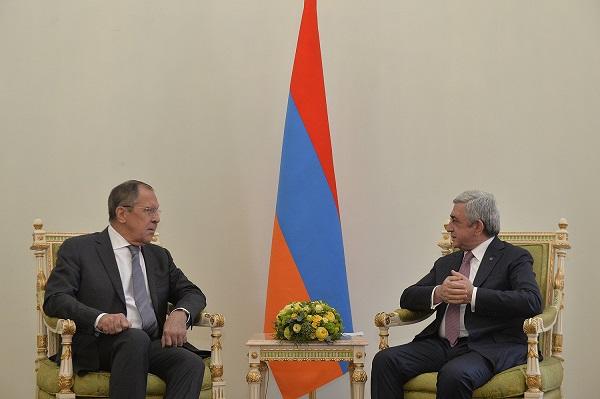 During the meeting, the sides discussed the 25th anniversary of the establishment of diplomatic relations between Armenia and Russia. Russian Foreign Minister Sergei Lavrov discussed the details of his meeting with his Armenian counterpart Edward Nalbandian with Sarkisyan.

Notably, Sergei Lavrov met with his Armenian counterpart Edward Nalbandian during his visit to Yerevan. During the meeting, discussions were held on the settlement of the Nagorno-Karabakh conflict.