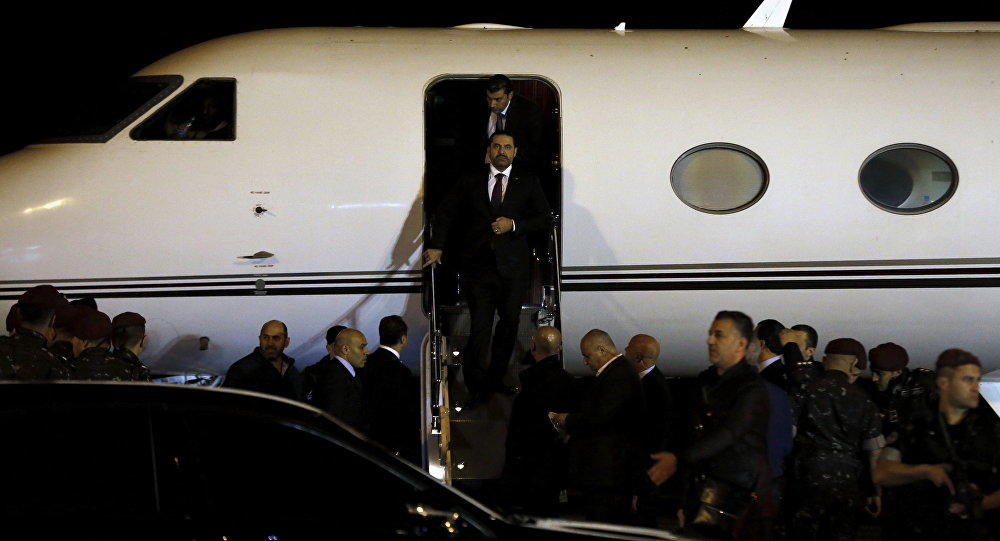 The former prime minister of Lebanon has returned home for the first time since he announced his surprise resignation three weeks ago.

Axar.az reports citing Sputnik that, former Prime Minister Saad Hariri arrived in Beirut on the eve of the Lebanese Independence Day, which is celebrated on November 22, after a visit to Cyprus.

The former head of the Lebanese government made a brief stop in Egypt on his way home, where he met with Egyptian President Abdel Fattah al-Sisi.

According to Press TV, during a joint press conference with the Egyptian head of state, Hariri thanked al-Sisi for his support and declared that he will not discuss the details of his resignation until he returns to Lebanon.

"Tomorrow we have Independence Day in Lebanon, God willing it will be for all Lebanese. Like I said in Paris, my political position will be (clarified) in Lebanon," he added.

Saad Hariri announced his resignation in a video address from Saudi Arabia on November 4. He claimed that he fears sharing the fate of his late father, former Lebanese prime minister Rafic Hariri, who was assassinated in 2005, and accused Iran and the Iranian-backed Hezbollah movement of attempting to destabilize the situation in Lebanon and the Middle East – a claim which Tehran vehemently denied.