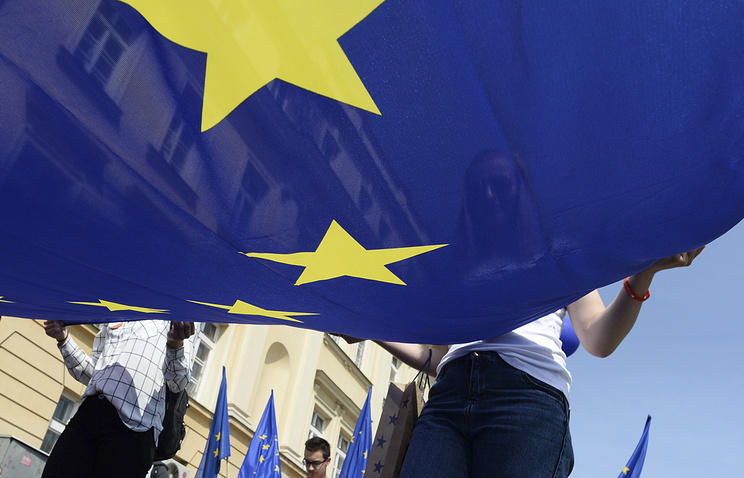 Minsk intends to discuss the possibility of combining the Eurasian and European integration processes with the EU, Belarusian Foreign Minister Vladimir Makei said upon arriving at the Eastern Partnership summit.

He stressed that Minsk "stands against confrontational rhetoric between the European Union and Russia."

"Rather than draw dividing lines, we should pool our efforts to overcome confrontation. This is why we would like to discuss the possibility of combining the Eurasian and European integration processes with our partners," Makei added.

"We are against confrontational rhetoric [between the European Union and Russia] in our region," he went on to say. "Belarus is situated right in the middle, caught between the devil and the deep blue sea, as we have Russia on one side and the EU on the other, who are currently opponents, unfortunately," the Belarusian top diplomat said. "We would like to suggest that our European partners abandon confrontational rhetoric," he noted.
In response to a question by British reporters about whether Minsk supported Brexit, Makei said that Belarus did not support this process as it wanted the European Union to be strong and remain one of the guarantors of regional stability.