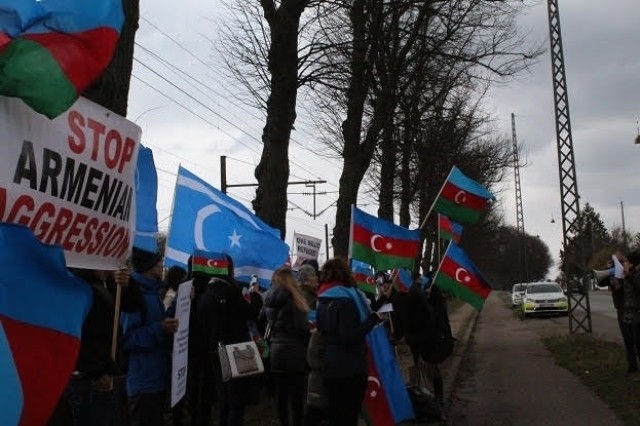 A group of Azerbaijanis living in Denmark held a rally outside Armenia’s embassy in Copenhagen to protest the recent provocations of Armenian armed forces on the contact line between Azerbaijani and Armenian troops.

The rally began with the performance of Azerbaijan's national anthem. Then, the protesters made speeches, strongly condemning the April 1-2 provocations of Armenian armed forces along the contact line, which resulted in deaths and injuries among the Azerbaijani population, and urging Armenia to fulfill UN Security Council four resolutions which demand an unconditional withdrawal of the occupying Armenian troops from the Azerbaijani lands.

At the end of the rally, the protesters presented a final statement to the Armenian embassy staff, they refused to accept it.

As the mail box outside the embassy was closed, the protesters decided to send the statement by mail.