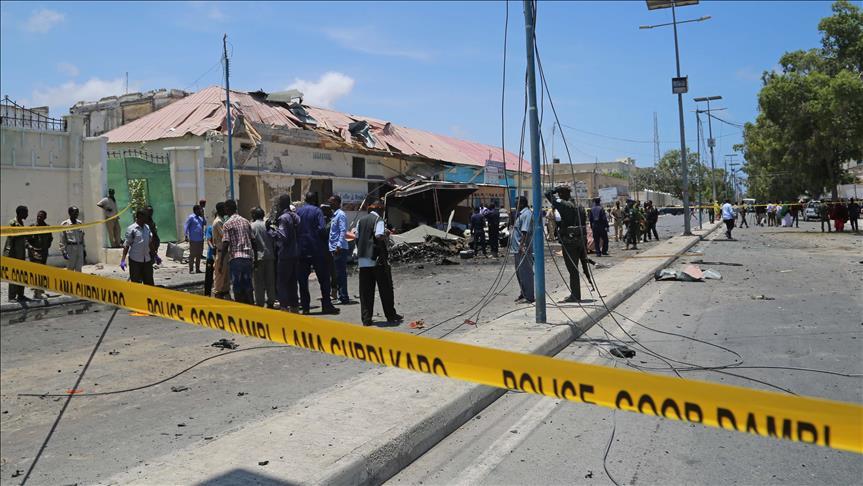 The African Union peacekeeping mission forces in Somalia (AMISOM) have killed at least 30 al-Shabaab fighters after militants attacked an AU base in the town of Bula Marer in the southern Lower Shabelle region.

The special representative of the chairperson of the African Union Commission for Somalia, Francisco Caetano Madeira, said in statement that AMISOM troops had fought off and successfully pushed back al-Shabaab militants Sunday.

"The militants were dealt a heavy blow, with at least 30 of them put out of action, following intense fighting," Madeira said in the statement.

The head of the African Union peacekeeping mission statement also confirmed that that four AMISOM soldiers had killed and six others injured.

Brig. Richard Karamire, Ugandan People's Defence Force (UPDF) spokesman told Anadolu Agency earlier, that the victims from the Sunday attack were Ugandan troops who were part of the African Union mission in Somalia.

The al-Qaeda-affiliated insurgent group al-Shabaab claimed that it had killed 59 Ugandan troops, a claim the Somali Security Ministry spokesman had denied.