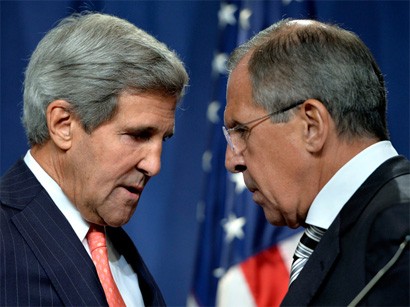 During a phone conversation, Russian Foreign Minister Sergey Lavrov and US Secretary of State John Kerry confirmed determination to strengthen cessation of hostilities in Syria, as well as discussed the situation around the Nagorno-Karabakh conflict, RIA Novosti reported citing the Russian foreign ministry.

The sides reaffirmed their determination to strengthening the cessation of hostilities in Syria, with the exception of fight against terrorist groups, as well as provision of access for relief supplies to the civilian population in blocked areas.

Other international issues, including the situation around Azerbaijan's occupied Nagorno-Karabakh region were discussed during the conversation, according to the Russian foreign ministry.