"This organization can’t intervene in the NK conflict" 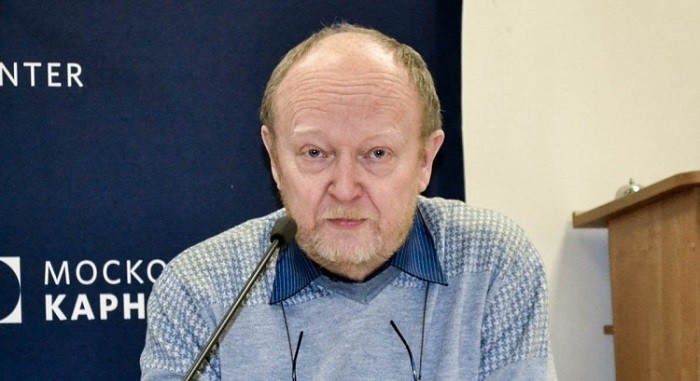 The intervention of the Collective Security Treaty Organization (CSTO) in the Armenian-Azerbaijani Nagorno-Karabakh conflict is impossible.

He said CSTO is a myth. “This organization can’t intervene in the Nagorno-Karabakh conflict. The organization’s intervention in the war along the Azerbaijani-Armenian border is impossible as well. Imagine that the Azerbaijani tanks are in Yerevan. Will Kazakhstan’s tanks stand against the tanks of Azerbaijan?” he noted.

He said Azerbaijan knocked Armenia down in the first round of the clashes in Nagorno-Karabakh.

Russian political scientist on Caucasus Sergey Rumyantsev, who participated in the discussion via video call from Germany, said the flare-up in the Nagorno Karabakh conflict is not surprising. “Azerbaijan has always apparently said and is reiterating that it will resort to military means, if Armenia doesn’t withdraw from occupied territories. The war in the region is inevitable, if Armenia doesn’t refrain from its path. Azerbaijani and Armenian troops are standing face to face on the contact line. There are not peacekeeping forces in that area. Thus, nobody should get surprised over the crashes,” he said.

He said the war in the region is now a reality. “None of the parties want to compromise. Therefore, what is happening is natural. Such cases will also occur from now on. The war in Nagorno-Karabakh is a reality,” he added.