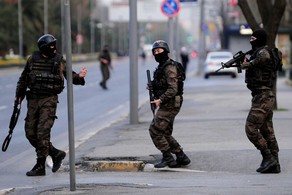 Some six suspected members of the Islamic State of Iraq and the Levant (ISIL) were caught in an operation on early April 23 in the Central Anatolian province of Konya.

The Konya Governor's Office said in a statement that ISIL members sought possible attacks targeting statesmen visiting the city along with other strategic targets.

According to the information, they were arrested a few hours before the expected arrival of German Chancellor Angela Merkel and Donald Tusk, head of the European Council in the province of Gaziantep in southern Turkey