Armenians will have to apologize for the historical lie 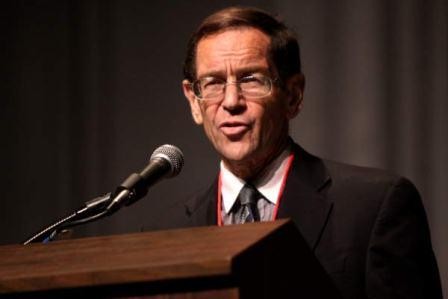 “At that time, Reagan assigned us to examine “Armenian genocide”.

A few years ago, worked as a law advisor to former U. S. President Ronald Reagan, Bruce Fein evaluated allegations of so called Armenian genocide that made dissapointed Armenians. Stating that the claims of genocide are desperately groundless, Fein said that this issue is investigated by White House in the times of President Reagan and they are proved to be wrong. Here are the statements of Bruce Fein over claims of genocide:

"One shouldn’t forget that Ottomans treated minorities in a wonderful way with great attention. Minorities in Ottoman Empire lived their lives and religions freely. At that time, Greeks, Armenians, Kurds, Circassians, Syrians, Arabs and other minorities in Turkey were quite high position. In this regard, the Armenians were using more privileges. During the World War I Armenians in Turkey betrayed their homelands and took shelter to the enemy of Ottoman Empire. Armenian military units were fighting shoulder to shoulder with the Russian army in the Caucasus front. They looted, burned, Turkish and Georgian villages and killed civilians. It is a truth that the number of Ottoman loses is about 2 millions. What is important here is betrayal of Armenians.

The Government of Turkey has proposed an international commission of impartial and independent experts with access to all relevant archives to determine the number and characterization of World War I deaths. Armenians are balking because they are skeptical of their own figures and accusations.

They do not want to lose benefits of genocide lie. The truth will unveil as fast as archives are opened. At that time, the Armenians will have to apologize for the historical lie before all over the world, including the Turks".