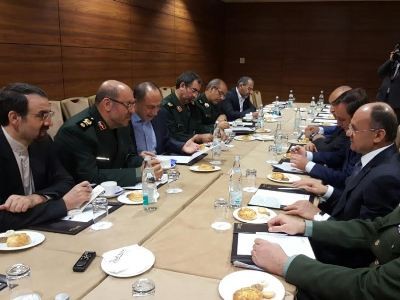 During the Fifth Moscow Conference on International Security, which is convened Wednesday in Moscow, Defense Minister of Armenia Seyran Ohanyan met with Hossein Dehghan, Iranian Minister of Defense and Armed Forces Logistics.

According to the information in Armenian media, the sides expressed concern by the recent escalation of the tension along the line of contact between the Armenian and Azerbaijani armed forces, and underscored the need for reducing tension and establishing a climate of mutual trust.

In addition, they noted that the results of the four-day war in early April have yet again proved the impossibility of a military solution to the Nagorno-Karabakh conflict.

Also, ministers discussed the prospects for the further development of cooperation between the defense ministries of Armenia and Iran.