China probe to explore dark side of moon 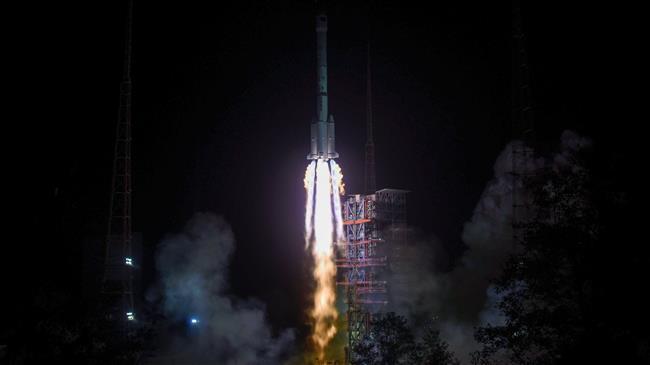 China's Chang'e-4 lunar probe was launched in the early hours of Saturday commencing its historic journey to the far side of the moon, with the probe aiming to conduct a series of landmark experiments on the largely unexplored "dark side" of the moon.

Axar.az reports Chinese media, a Long March-3B rocket carrying the probe including a lander and a rover blasted off from the Xichang Satellite Launch Center in southwest China's Sichuan Province at 02:23 on Saturday, marking a major breakthrough for China's space exploration program.

The probe is expected to make the first-ever soft landing on the far side of the moon within 30 days, and will undertake a variety of tasks including conducting surveys on the terrain and landforms.

With the probe being the first ever landing to the mysterious dark side of the moon, scientists say the launch process may encounter some communication difficulties but will gather crucial information for future scientific research.

"If it lands on the far side of the moon, there might be a delay on the measurement and control [systems] after it connects to the relay satellite. We are not sure whether the delay will cause troubles to the landing and image transmission. This [mission] will help us accumulate more experience for future lunar exploration," said Li Benqi, deputy director of the Xichang Satellite Launch Center.

One of the main tasks the probe will conduct is its investigation into the radio environment of the far side of the moon, the first time that low-frequency radio astronomical observations have been tested.