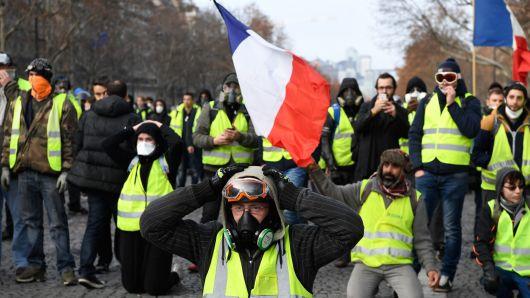 Yellow Vests demonstrators are taking to streets for the 23rd round of protests that have been rocking the county since mid-November. A major demonstration is set to take place in the capital city of Paris.

The police have warned protesters to stay away from the Notre Dame cathedral area Saturday in the wake of a deadly blaze that erupted there on Monday.

That same day, President Emmanuel Macron was supposed to unveil measures to quell the protests, but had to cancel the announcement due to the Notre Dame tragedy.

The French president is yet to reveal a new date for his address.

These protests that initially erupted over a government plan to raise fuel taxes, have been ongoing in the country since mid-November. The authorities subsequently abandoned their fuel tax increase and have since provided several other concessions, but the Yellow Vests continue to gather in cities across France.