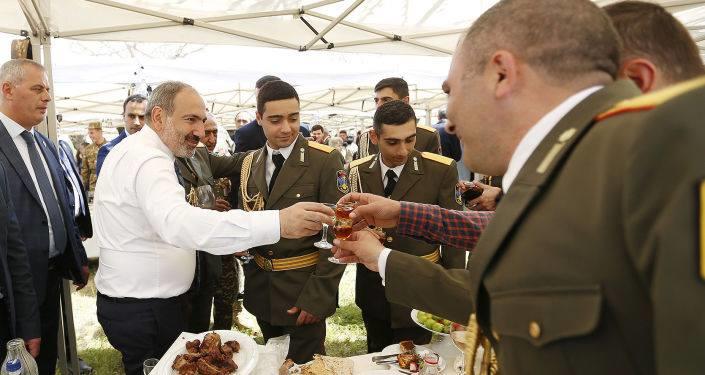 Armenian Prime Minister Nicholas Pashinyan's speeches at a ceremony in honor of the occupation of Shusha city were distributed.

Axar.az informs that, a number of Armenian officials, including Sarkisyan, who had played a role in this occupation to mark the 27th anniversary of Shusha's occupation, have come to Shusha.

How Pashinyan first joined the Armenians playing wine in honor of the occupation and later playing the Azerbaijani folk song in Azerbaijan, all Armenian media and social network users spread Yallis.

Let's note that this step of Pashinyan caused a sharp reaction from Azerbaijan. Leyla Abdullayeva, the spokesman for Azerbaijan's Foreign Ministry, said the Armenian leadership was responsible for the possible future developments.

"All international community and international organizations recognize the territorial integrity of Azerbaijan within the internationally recognized borders of Azerbaijan. If the Armenian leadership understands this reality and puts an end to deceiving its population, peace, stability and sustainable development will be provided in the region as soon as possible. "