US pulls 'non-emergency staff' from Iraq 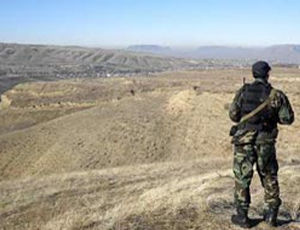 The US state department has ordered the departure of "non-emergency employees" from Iraq, amid rising tensions between the US and Iraq's neighbour Iran.

Staff at the embassy in Baghdad and the consulate in Irbil must leave as soon as possible on commercial transport.

The US military said on Tuesday that the threat level in the Middle East had been raised in response to intelligence about Iran-backed forces in the region.

It contradicted a British general who had said there was "no increased threat".

Chris Ghika, deputy commander of the global coalition against the Islamic State group, had told reporters that measures in place to protect US forces and their allies from Iran-backed militias in Iraq and Syria were "completely satisfactory".