Why Baku is unable to appeal to the Hague? 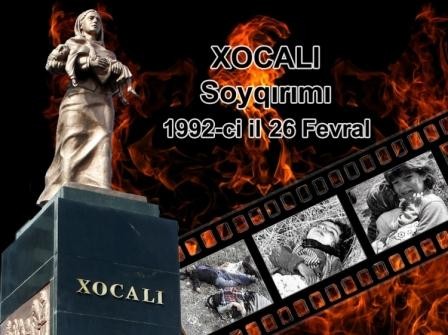 Azerbaijan is unable to appeal to the Hague tribunal in connection with the Khojaly genocide as the tribunal lacks a legal body associated with this matter, said Nizami Safarov, director of the Department on administrative and military law of the Apparatus of Azerbaijan’s Milli Mejlis (parliament).

He made the remarks during the event dedicated to the Khojaly Genocide at the parliament Feb. 17.

According to Safarov, there is an international tribunal for the former Yugoslavia which engages in probing the cases that occurred in this country in early 90s.

“It also includes the International Criminal Tribunal for Rwanda, the Special Tribunal for Lebanon, which was created to bring to justice the perpetrators of the assassination of the former Lebanese prime minister and the International Criminal Court which is investigating the incidents since 2000. Unfortunately, there is no legal body that would investigate the Khojaly genocide,” he added.

Safarov said there is a legal body that is dealing with the death of one person, but not with mass genocide, regarding it as a manifestation of double standards.