Co-chairs do not have plans to meet Azerbaijani FM 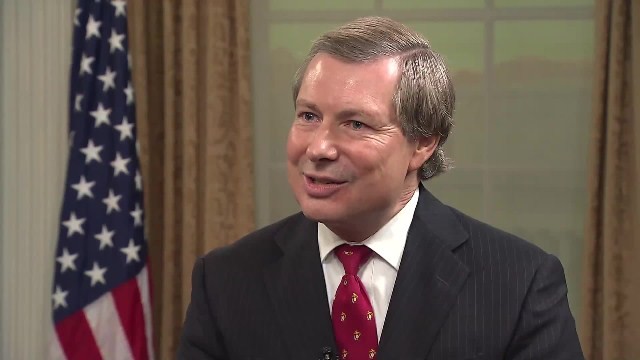 The Co-Chairs do not have plans at this time to meet Foreign Minister Mammadyarov in Brussels, said U.S. Ambassador James Warlick.

“Of course, my Russian and French counterparts and I are in regular touch with the Ministers to urge restraint and the need to enter into negotiations on a comprehensive settlement”, Warlick said.

At a press conference, Mammadyarov said a meeting with the co-chairs can take place on the sidelines of an event which will be held in mid-May in one of the cities of Europe.

“I also gave consent to the meeting. Perhaps, it will take place in Brussels,” Azerbaijan’s FM said, adding that the exact date and time will be determined later.

On May 23, a meeting of Eastern Partnership Foreign Ministers will take place in Brussels.