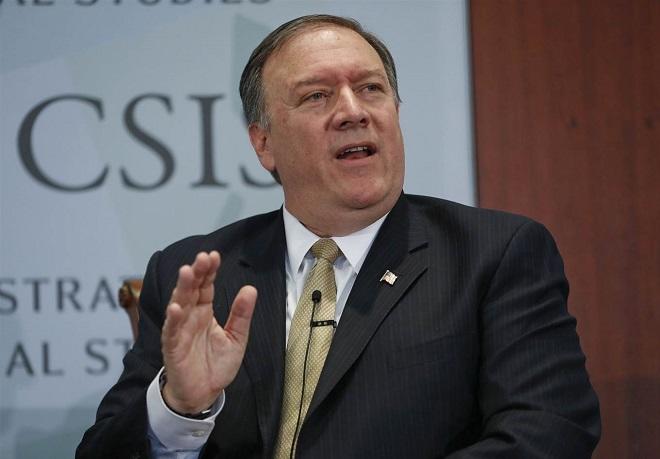 U.S. Secretary of State Mike Pompeo said on Wednesday he was hopeful denuclearization talks would resume between North Korea and the United States soon, in spite of repeated North Korean missile tests and the lengthening delay in restarting the talks.

“We are hopeful that in the coming weeks we will get back to the negotiating table,” Pompeo told reporters at the State Department. “We are planning for negotiations in a couple of weeks and we anticipate the two teams getting back together.”

President Donald Trump and North Korean leader Kim Jong Un agreed at a June 30 meeting to resume talks between working-level officials stalled since a failed summit in Hanoi in February. Since then, North Korea has conducted a series of short-range missiles tests.

Pompeo has suggested several times since the Trump-Kim meeting that talks were imminent, first saying on June 30 they would probably take place in two or three weeks.

But the mood has soured, with North Korea warning that plans for U.S.-South Korea military exercises this month could derail dialogue.

North Korea has repeatedly tested short-range ballistic missiles and warned of a possible end to its freeze of nuclear and long-range missile tests in place since 2017. Trump has repeatedly held up that freeze as evidence of the success of more than a year of engagement with Kim.

On Wednesday, North Korea state media said Kim had said the launch of tactical guided missiles on Tuesday was a warning to the United States and South Korea over their joint military drills, which began this week.

Trump and his administration have sought to play down the launches, saying they do not violate a pledge by Kim to not resume nuclear and long-range tests.

In Singapore, Kim pledged to work toward complete denuclearization of the Korean peninsula, and the two sides agreed to forge a new era of relations. Trump also pledged a suspension of major military exercises with South Korea.

There have been few concrete results since, with the Hanoi summit collapsing over a failure to narrow differences over U.S. demands for North Korea to give up all of its nuclear weapons and Pyongyang’s demands for relief from punishing sanctions.