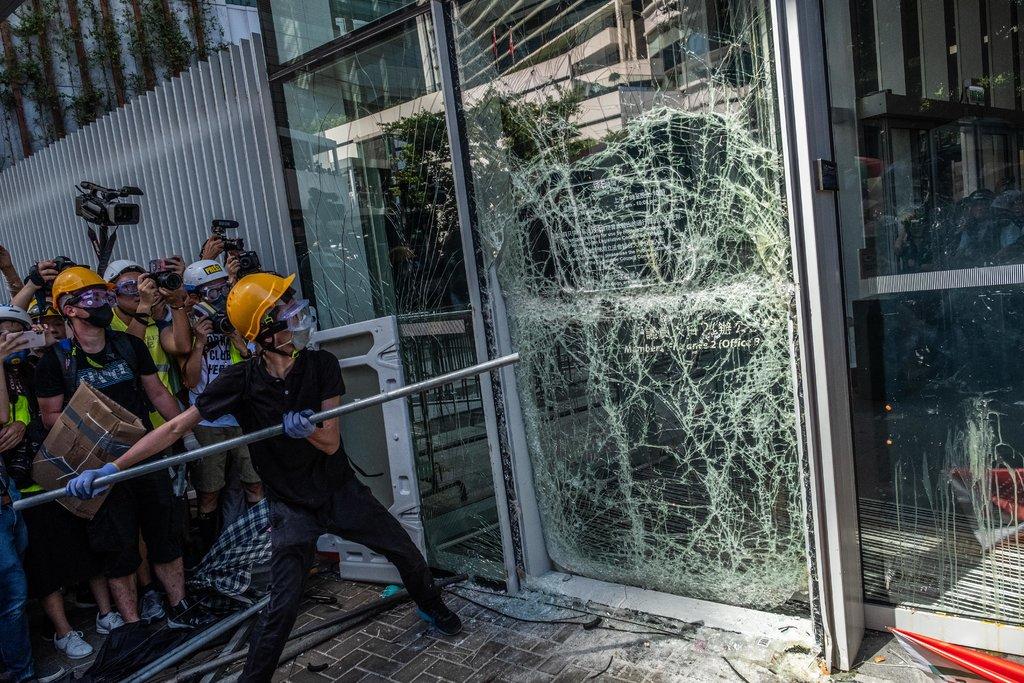 Hong Kong leader Carrie Lam said on Tuesday the city’s recovery from protests that have swept the Asian financial hub could take a long time and that she would be responsible for rebuilding its economy “after the violence eases”.

Axar.az reports citing Reuters that her comments followed serious developments in the growing crisis over the past week. Beijing said on Monday the protests had begun to show “sprouts of terrorism”, and the city’s airport was closed in an unprecedented move that forced hundreds of flight cancellations.

As she spoke to reporters, her voice cracking with emotion at one point, Hong Kong's Hang Seng index .HSI fell by more than 1% to its lowest level since Jan. 4. The index was down around 1.5% soon after.