Armenian parliament not to discuss the bill on Karabakh 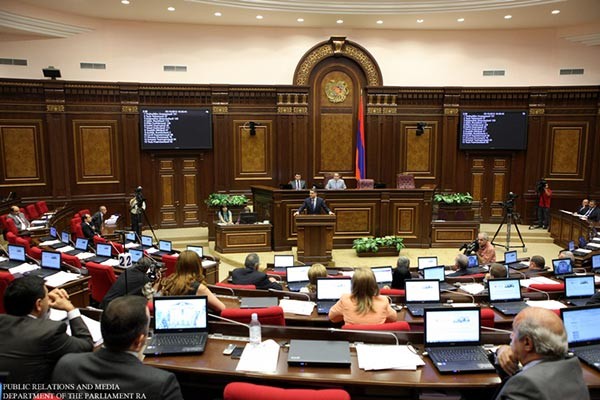 Armenian parliament’s standing committee on foreign affairs gave a negative conclusion on the bill on recognition of the “independence" of the occupied Nagorno-Karabakh region of Azerbaijan, Armenain media reports.

Tevan Pogosyan, a Heritage faction member, was the only deputy to vote for the bill.

During the discussion on the bill at parliamentar's committee on foreign affairs, the Armenian Deputy Foreign Minister Shavarsh Kocharyan noted that, at the current stage it is not advisable because it may interfere with the negotiation process.