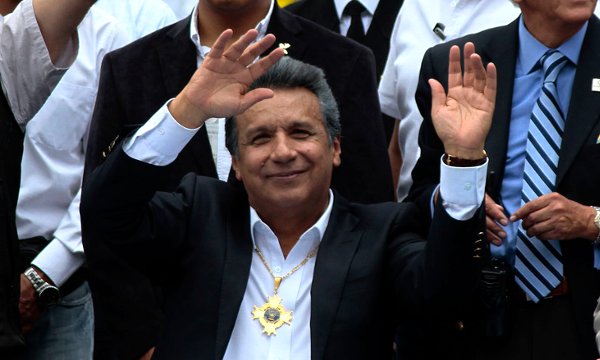 The rallies erupted on Thursday in response to new austerity measures, including ending decades-long fuel subsidies, that the government wants to implement to become eligible for a $4.2 billion loan from the International Monetary Fund.

Ecuadorian President Lenin Moreno announced that he was moving the seat of government from Quito to Guayaquil since the mass nationwide protests were showing no signs of abating.

"I have moved to the city of Guayaquil and relocated the seat of government to this city according to the constitutional authority given to me," Moreno said, as quoted by Peru's La Republica media outlet.

Moreno has already declared a national two-month state of emergency as the protests have become more violent.

Ecuador's economy is suffering from a heavy debt burden of about $3.6 billion, which grew under previous leadership. Moreno has been adamant about slashing the debt to about $1 billion by 2020.