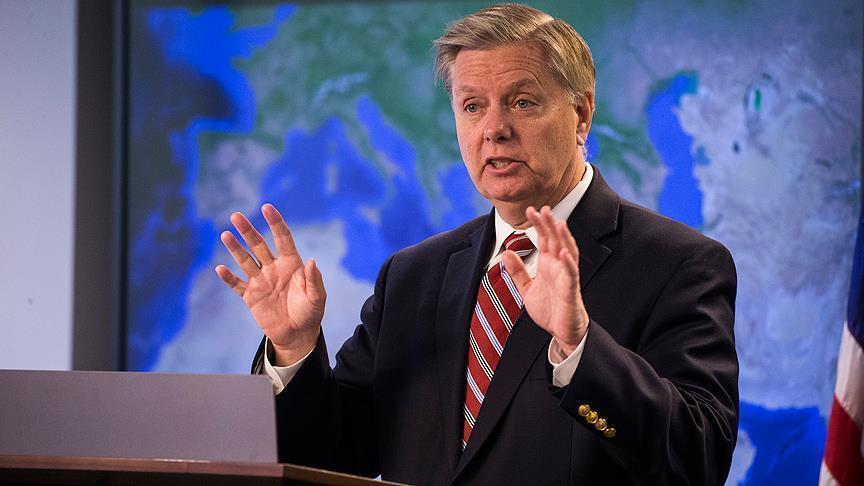 U.S. Senator Lindsey Graham mocked the manners of his country's president, revealing a rift and deteriorating personal relations about their policy differences with regards to Turkey.

"Listening to Democrats talk about how to create jobs … would be like buying a Book of Manners written by President @realdonaldtrump. Not a good idea," tweeted the Republican senator while watching the Democratic debate late Tuesday.

Trump and Graham have been at odds ever since the president announced a U.S. troop withdrawal from Syria, vowing to "end endless wars" that cost American taxpayers "trillions of dollars" in the Middle East.

Graham, along with Democratic lawmakers, fiercely opposed Trump's withdrawal decision that came as a shock to the PKK/YPG terror group ahead of a Turkish military operation in northern Syria.

An astonished user in social media, was prompted to ask: "OMG, did you two break up?"

Turkey last week launched Operation Peace Spring, the third of its kind since the start of Syrian war, to secure its borders by eliminating terrorists there and to ensure the safe return of Syrian refugees and Syria’s territorial integrity.

Graham has taken a U-turn on his PKK/YPG terror group policy, suddenly calling it U.S. allies last week after grilling a defense chief of former President Barack Obama in 2016 for working with the same group at the expense of Turkey.