Germany to take back ISIS suspects from Turkey 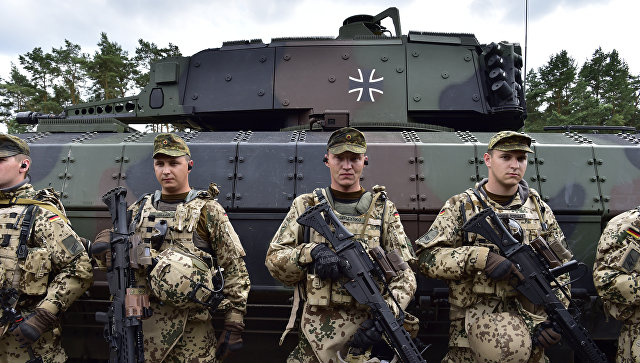 Germany will take back several ISIS suspects, along with their wives and children, who were captured by Turkish authorities, officials confirmed on Monday.

Speaking at a news conference in Berlin, Foreign Ministry Deputy Spokesman Christofer Burger said Turkish authorities have informed them that they would deport 10 German citizens to their country this week.

“German authorities have verified the identities of these three men, five women, and two children,” he said, but gave no further details.

Local media reported that German authorities believe seven of the suspects had ties to the ISIS terrorist group.

Since the beginning of the Syrian civil war in 2011, more than 1,050 foreign fighters travelled from Germany to conflict areas in Syria and Iraq, according to German security agencies.

The issue of the handling of ISIS members and their families detained in Syria -- including foreign members of the terror group -- has been controversial, with Turkey arguing foreign-born terrorists should be repatriated to their countries of origin.

Ankara has said several European countries refused its efforts to send ISIS members back to their countries.