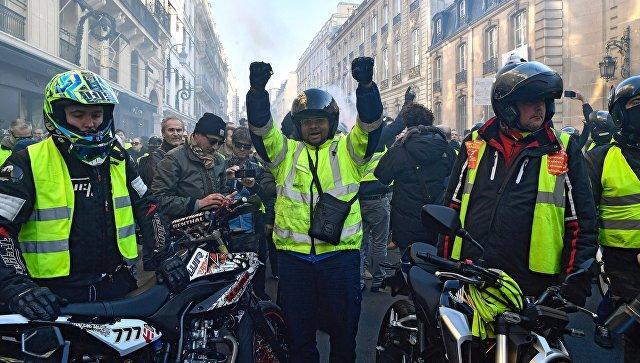 Christophe Castaner blamed the violence in Saturday’s protest in Paris, on "thugs" and "brutes" in a joint TV show aired on CNEWS, Les Echos and Europe 1.

He accused the activists of attacking the security forces and preventing firefighters from doing their jobs.

A total of 254 people, including 173 in Paris, were held in protests across the country on Saturday, Castaner said.

The official claimed that police did not used force on the protestors.

The Yellow Vest protests started on Nov. 17, 2018 in reaction to rising fuel costs and economic injustice, but later spiraled into deadly anti-government riots.

The protesters decided to use yellow vests, part of the standard safety kit in French cars, to make their members more easily visible.

The demonstrations left 11 people dead and more than 4,000 injured, including protesters and the police, according to the French government.

Activists claim that 24 protesters lost an eye and five lost a hand.

At least some 8,400 people have been arrested since the beginning of the Yellow Vest protests, and about 2,000 were remanded into custody.