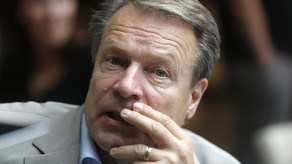 "The presence of human casualties in the ongoing hostilities in the Nagorno-Karabakh conflict is unacceptable."

I.Kanerva urged the parliamentarians of CIS IPA in cooperation with the OSCE Parliamentary Assembly to promote a peaceful settlement of Nagorno-Karabakh conflict in the context of the OSCE Minsk Group.