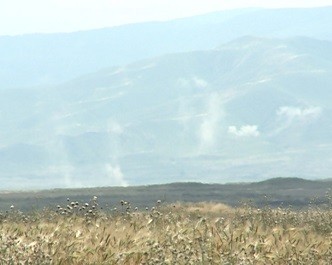 Immediately after the exercises, there was heavy smoke which was visible even from Azerbaijani settlements along the frontline.

On May 23, Armenian armed forces conducted large-scale military exercises in the occupied territories of Azerbaijan. The exercises in the mountains and steppes controlled by Armenian forces involved armed vehicles and artillery pieces.