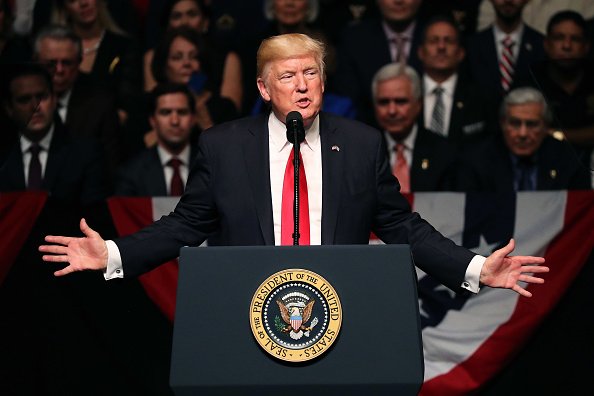 President Trump reacted Wednesday to the violence and looting that have engulfed New York City in the wake of the police killing of George Floyd by declaring that “the National Guard is ready!”

Axar.az reports citing foreign media that the president made the statement in reaction to a tweet by podcast host Buck Sexton that included an image of boarded-up storefronts along Fifth Avenue.

Trump has blasted Gov. Andrew Cuomo and Mayor Bill de Blasio over the mayhem that has convulsed the Big Apple.

“New York’s Finest are not being allowed to perform their MAGIC but regardless, and with the momentum that the Radical Left and others have been allowed to build, they will need additional help,” Trump said in a tweet late Tuesday.