Kocharyan complained about lack of equipment in the army 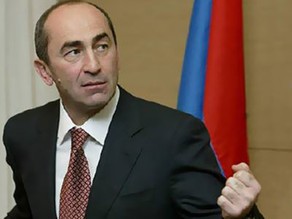 Azerbaijani army brought a lot of trouble to the Armenian armed forces in the night.

"For over two years the enemy army brought a lot of trouble at night, because it was maintained with all necessary equipment. What has prevented us to equip our army with a sufficient night vision devices, thermal imagers, night sights, means of communication, personal protective equipment?" R.Kocharyan stressed.