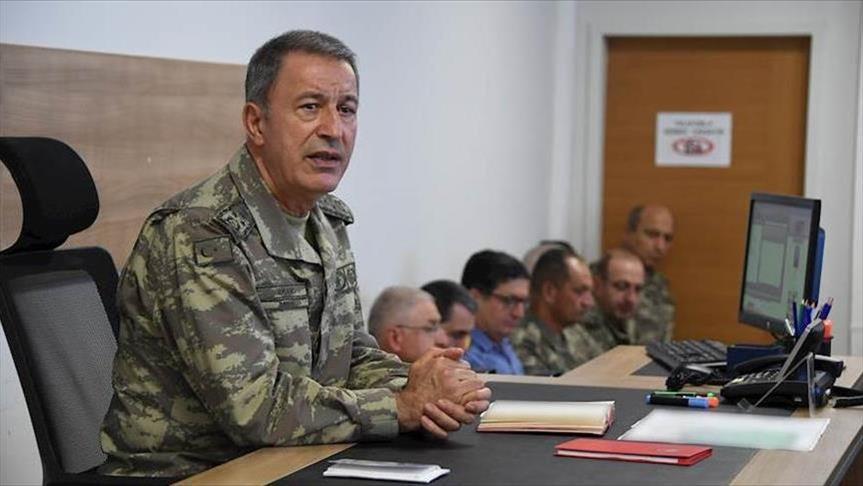 Turkey has responded to all interventions on its energy exploration ship in the Eastern Mediterranean and will continue to do so in the future, the Turkish defense minister said Friday.

"No intervention on our ships have been or will be left unanswered. We want everyone to know that we are unyielding on this issue," Hulusi Akar said in a video conference with top commanders on duty in the Eastern Mediterranean and the Aegean Sea, including the ships accompanying its seismic research vessel, the Oruc Reis.

"We're determined to protect our rights and interests in our seas and to do what is necessary and we're capable of doing so," Akar added.

"The Republic of Turkey as a state doesn't covet anyone's land," said Akar, underlining that Ankara respected its neighbors' territorial and political integrity.