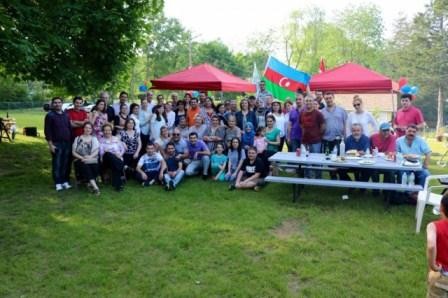 Director of the center Mehriban Mammadova highlighted the history of the founding of Azerbaijan Democratic Republic. She said May 28 was a remarkable event for the people of Azerbaijan.

Mayor of the city of Chicago Rahm Emanuel read out a proclamation that proclaimed May 28 as Azerbaijan Republic Day in Chicago. "The Republic of Azerbaijan was one of the first nation states to grant universal suffrage rights, and was recognized by other democratic nations, including the United State of America," the proclamation said. "The Republic of Azerbaijan is an ally and partner of the United States, it continues the beliefs of its founders guiding principles and educates others on the common values of humanity and democracy," it said.