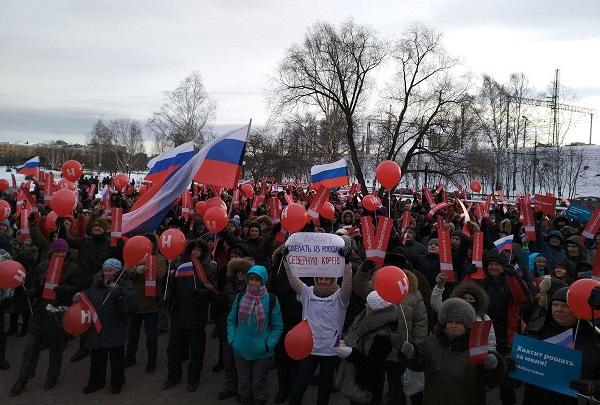 Navalny's supporters, who surrounded the city hall in Irkutsk, chanted anti-Putin slogans. They called on Putin to resign.

Protests against the arrest of blogger Navalny are taking place all over Russia today.