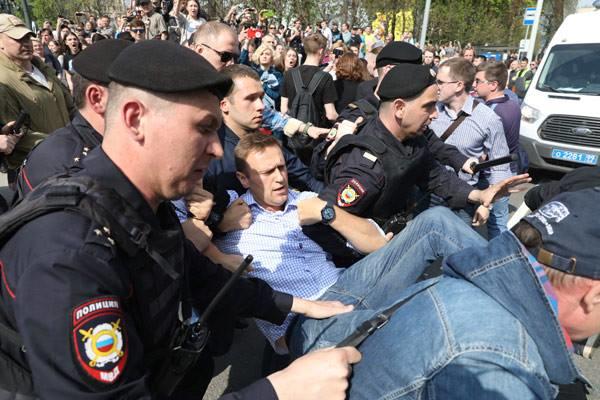 Russian police used brutal force in their crackdown on Saturday's pro-Navalny rallies. Now, one officer has apologized for a particularly egregious incident in St Petersburg.

Axar.az reports that on Sunday, Russian broadcaster Ren-TV shared highly unusual footage, shot on a smartphone: the video shows a St Petersburg police officer apologizing to 54-year-old Margarita J., whom he kicked in the stomach the previous day at a rally in support of jailed opposition leader Alexei Navalny.

The uniform-clad, mask-wearing man is seen handing flowers to the hospitalized woman. He says he was attacked with tear gas and was struggling with a foggy visor before he set upon the woman.

Nevertheless, the officer is heard saying the incident is "a personal tragedy" for him. In a weak voice, Margarita J. is heard replying: "Don't worry, everyone is alive." The commanding police captain also visited the woman to apologize for the incident, according to Russian media reports.