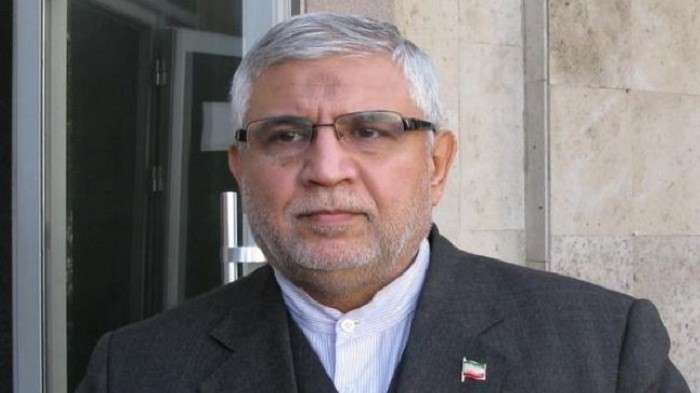 Iranian ambassador to Azerbaijan Mohsen Pakayin has commented on recent statements made by MPs concerning Iran at the Azerbaijani parliament. The ambassador stressed that the negative statements do not serve development of bilateral relations between the two fraternal and friendly countries.

He noted that the current level of bilateral relations is at its highest ever.

“The Armenian foreign minister’s visit to Tehran has taken place as part of efforts of the Islamic Republic of Iran to regulate political relations with neighboring countries and that visit had not been aimed against any third country,” he stressed.

Mohsen Pakayin said some media outlets have released information that Hassan Rouhani will soon pay a visit to Yerevan, noting that this information is nothing but conjecture.

"The programme of visits of the president of the Islamic Republic of Iran and their exact dates are determined within the framework of national interests. Of course, before each visit the Presidential Administration provides the necessary information in this regard. Over the past 3 years the Iranian and Azerbaijani presidents met 6 times, which shows the two heads of state are interested to develop relations between the two countries. The number of meetings between the presidents of the two countries for this period and the documents signed between the two countries have no analogues among Iran’s neighbors," he noted.

The ambassador noted that it is necessary to expand bilateral and multilateral ties.

“In the future we are going to see Iran’s high ranking state officials visit Baku and the presidents of Iran, Russia, and Azerbaijan meet in Baku. In the future our relations with the Republic of Azerbaijan will expand even further as a neighbor, as a friendly and partner country,” said the ambassador.