Wife of 'El Chapo' arrested in the US on drug charges 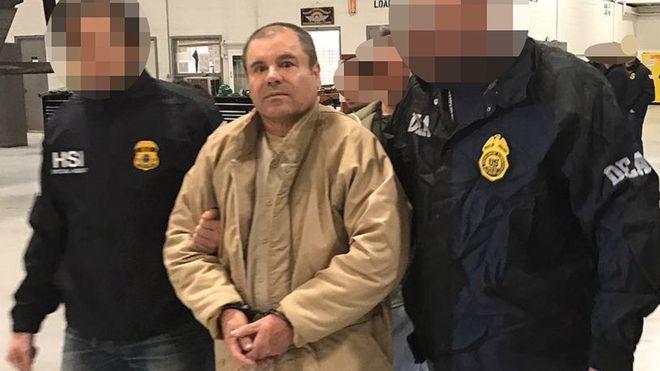 The wife of one of the world's most notorious drug kingpins, Joaquín "El Chapo" Guzmán, was arrested Monday for allegedly helping her husband run his multi-million dollar international drug cartel and for aiding in his 2015 escape from a Mexican prison.

Axar.az reports citing foreign media that Emma Coronel Aispuro, 31, a California-born, dual U.S.-Mexican citizen, was arrested Monday at Washington Dulles International Airport. She faces charges for participating in a conspiracy to distribute cocaine, methamphetamine, heroin and marijuana for importation into the U.S., according to the Justice Department.

Investigators also believe Coronel conspired with others to assist Guzmán in his July 11, 2015 escape from Altiplano prison in Mexico and tried to organize a second escape from jail a year later.

Coronel's arrest is the latest development in the Guzmán cartel family saga. El Chapo was the head of the Sinaloa drug cartel for nearly 30 years. Two prison escapes in Mexico helped boost the legend surrounding Guzman and his family.

After Guzmán was re-arrested in Mexico in January 2016 following his first prison escape, he was extradited to the U.S. in 2017. He was convicted of ten criminal counts in federal court in New York in 2019 and is currently serving life in prison.