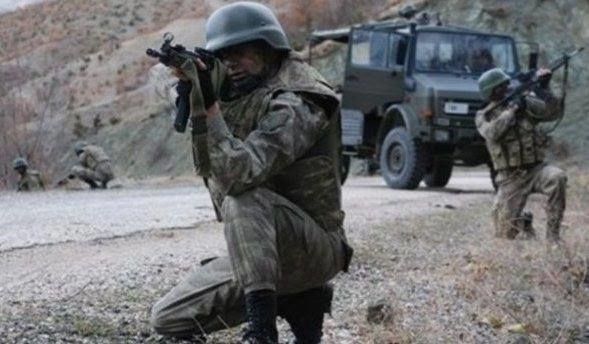 A total of nine YPG/PKK terrorists were "neutralized" by Turkish security forces in northern Syria, the National Defense Ministry announced on Sunday.

Axar.az reports that Turkish authorities often use the word "neutralized" in statements to imply terrorists in question surrendered or were killed or captured.

The "heroic commandoes" neutralized two terrorists who opened fire on the Euphrates Shield zone, the ministry said in a tweet.

“Seven YPG/PKK terrorists who attempted to attack from the Tal Rifat region to disturb the peace and security atmosphere were neutralized,” the ministry said in a separate tweet.

The operations will continue without letup, it added.