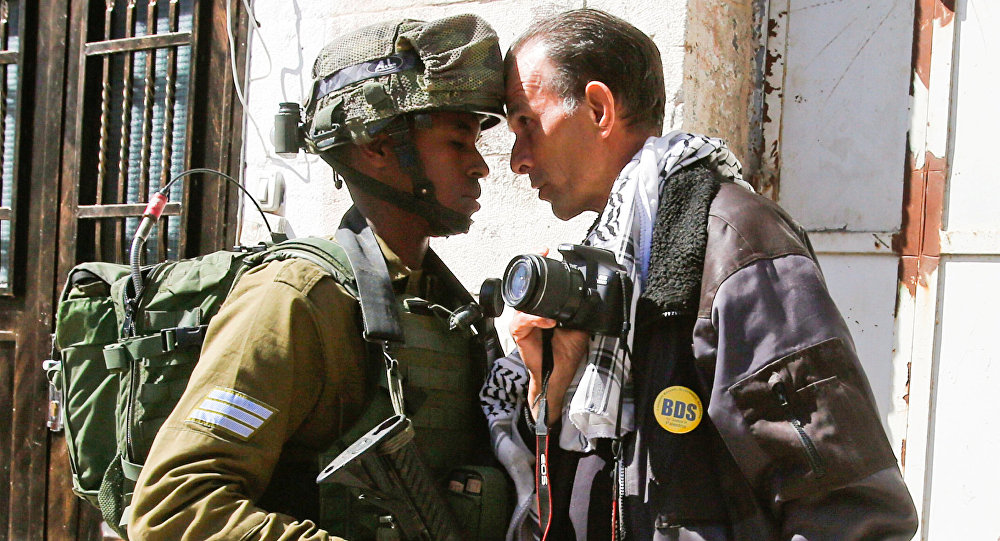 Israeli police say 44 people were arrested and 20 officers were wounded in a night of chaos in Jerusalem, where security forces separately clashed with Palestinians angry about Ramadan restrictions and Jewish extremists who held an anti-Arab march nearby.

Axar.az reports citing foreign media that tensions have spiked in recent days in Jerusalem, which has long been a flashpoint in the Israeli-Palestinian conflict, and is home to holy sites sacred to Jews, Christians and Muslims. Residents braced for possible further unrest ahead of Muslim Friday prayers as police stepped up security.

Palestinians have clashed with Israeli police on a nightly basis since the start of the Muslim holy month of Ramadan. The tensions began when police placed barricades outside the Old City’s Damascus Gate, where Muslims traditionally gather to enjoy the evening after the daytime fast.