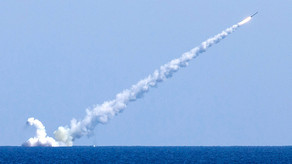 Hamas fired 200 rockets at Israel from the Gaza Strip.

Axar.az reports that the statement came from Israeli army spokesman Jonathan Konrikus. He said Israel had retaliated against 140 military targets in Gaza.

"More than 200 rockets were fired from the Gaza Strip into different Israeli cities overnight. One-third of the missiles hit the Gaza Strip. In response, the Israeli army hit 140 military targets in the Gaza Strip, killing 15 members of Hamas and Islamic Jihad."