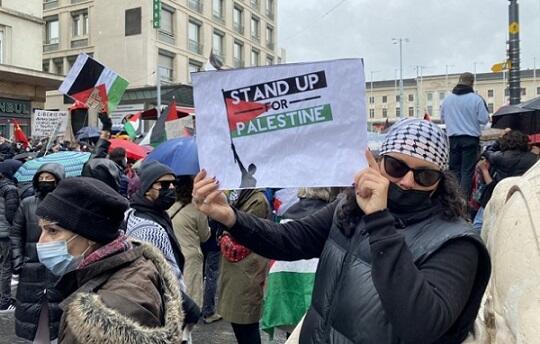 Protests were held in Geneva and Zurich, Switzerland, in protest of Israel's operations in the Gaza Strip.

Axar.az reports that more than 2,000 people took part in the rally in central Geneva. Protesters chanted "Freedom for Palestine," "Freedom for Gaza," and "Killer Israel."

In Zurich, 3,000 people chanted slogans in support of Palestine, including "Recep Tayyip Erdogan."