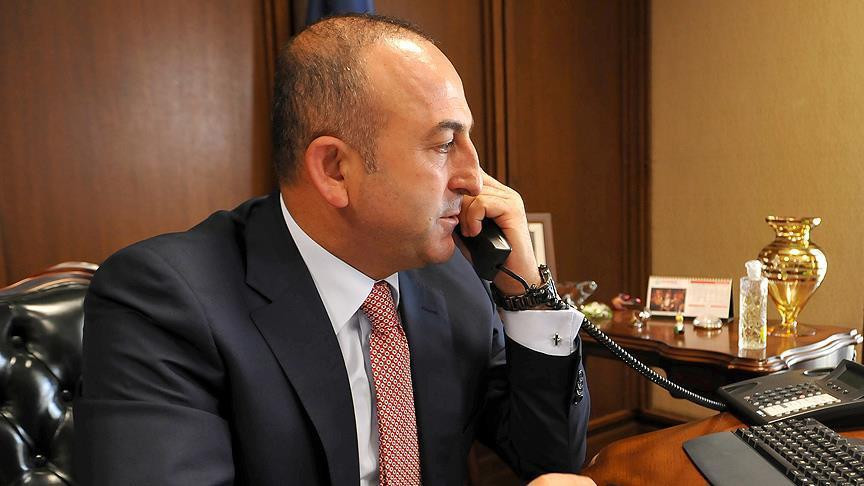 Turkey's foreign minister on Monday discussed with his British counterpart the current situation in Palestine as part of his efforts to stop Israel's aggression in Gaza.

Axar.az reports that Mevlut Cavushoghlu spoke to Dominic Raab over the phone about the latest developments, emphasizing the importance of the international community responding more forcefully to stop the Israeli offensive.

At least 198 Palestinians have been killed, including 58 children and 34 women, in Israeli attacks since May 10, according to the Palestinian Health Ministry.

More than 1,235 people have also been injured and tens of buildings destroyed or damaged. Media offices, health centers and government ministries are among the structures targeted.

Tensions that started in East Jerusalem during the Muslim holy month of Ramadan spread to Gaza as a result of Israeli assaults on worshippers in the Al-Aqsa Mosque compound, and Sheikh Jarrah neighborhood.