Strand of hair believed to be from Prophet's beard stolen 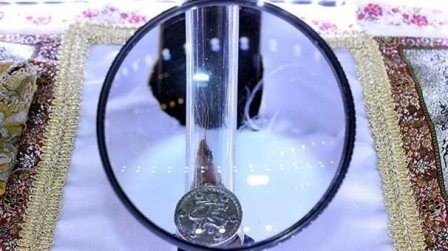 A strand of the hair (Sakal-ı Şerif), believed to have remained from the beard of Prophet Muhammad (peace be upon Him) have been stolen in Turkey, the local newspaper Milliyet newspaper reported.

According to information, Sakal-ı Şerif had been taken to Degirmendere Yali Camii in Kocaeli Province to be put on display during a Ramadan event. During the night, guards found out that the box containing Sakal-ı Şerif was gone.

Note that Sakal-ı Şerif used to be preserved at the Topkapi Palace in Istanbul and taken to various parts of Turkey during religious holiday.