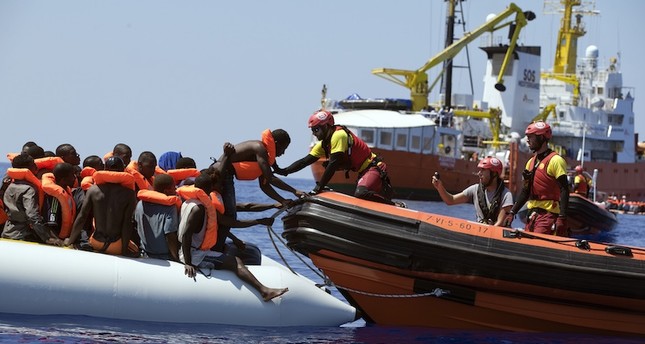 At least 37 people have been rescued after a boat carrying 45 Syrian refugees capsized southeast of the Greek island of Crete.

The boat sank at 9.10 p.m. local time (1800GMT) on Thursday in the search and rescue area of Turkey due to severe weather conditions, the Transport and Infrastructure Ministry said in a statement.

The boat was sailing to Italy before it ran out of fuel, the statement also said.