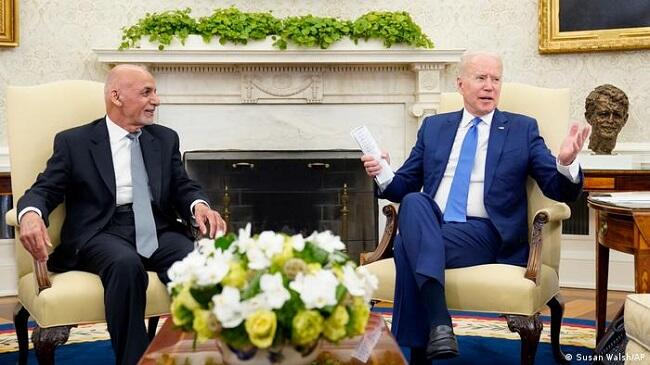 In a phone call, Biden and Ghani "agreed that the Taliban’s current offensive is in direct contradiction to the movement’s claim to support a negotiated settlement of the conflict.

Biden has set a formal end to the U.S. military mission in Afghanistan for Aug. 31 as he looks to disengage from a conflict that started after al Qaeda attacked the United States on Sept. 11, 2001.

Violence has risen sharply since the withdrawal plan was announced in April, with the Taliban launching offensives, taking districts and important border crossings, and encircling or closing in on several provincial capitals.

Biden told Ghani the United States would remain engaged diplomatically "in support of a durable and just political settlement," the White House said.