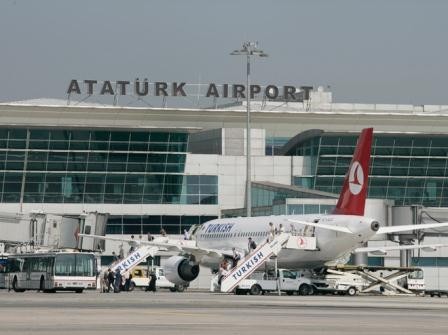 TRT Haber TV channel reported that the international flights were also among those cancelled.

According to the recent information, the terrorist attack occurred at the Istanbul Ataturk Airport June 28, as a result of which 36 people were killed and 147 injured. Turkish and Saudi Arabian citizens are mainly among those killed in the terrorist attack.

Some 27 victims have been already identified, according to the information.

The “Islamic State” (IS, ISIS, ISIL or Daesh) terrorist group stands behind the attack, according to the preliminary information.