​18 injured in Mecca crowd in the night of Al-Qadr 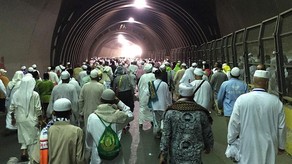 As a result of crowd in Mecca in Saudi Arabia, 18 people were injured in the night of Al-Qadr.

According to him, during the night of Al-Qadr, due to crowd,people faced with the threat of suffocating around the Kaaba.